Proball - Three Electronic Games in One

1. All Star Baseball is a straightforward electronic baseball game.

3. Star Chase is a mode in which "stars" flash on the screen and you must "send out your chase space ships to intercept and outsmart the computer."  Weird tie-in but appropriate for 1979.  I was most decidedly into baseball and Star Wars at this point in my life and Proball was apparently trying to combine the two.

Note: This game was not known to exist in years past; however, a number of these have recently appeared on eBay so a new old stock supply must have been discovered.

Licensed from Fonas and just like the Fonas version, this one vaguely boasts "More play power than any other computer toy."

Note: Although rarely seen in years past, a number of these games have recently appeared in greater numbers on eBay so a new old stock supply must have been discovered.

The game was sold in two different style boxes - the one pictured below is the larger box with a flap on the left side.  This version of the game was packaged in bubble wrap.

The game itself is no different than the version sold in the U.S. and does not have a different model number.

The box is different than the U.S. version in that the text is bilingual.  The instructions are bilingual as well, however, the format is completely different.  The U.S. versions were sold with a booklet-style instruction manual.  The Canadian version is a long, two-sided sheet that is folded like a map. 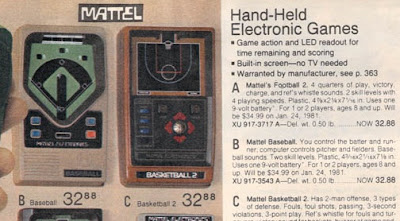 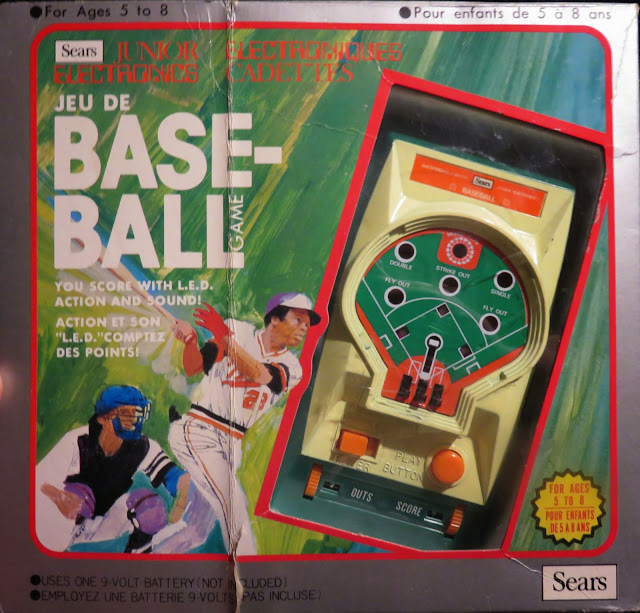 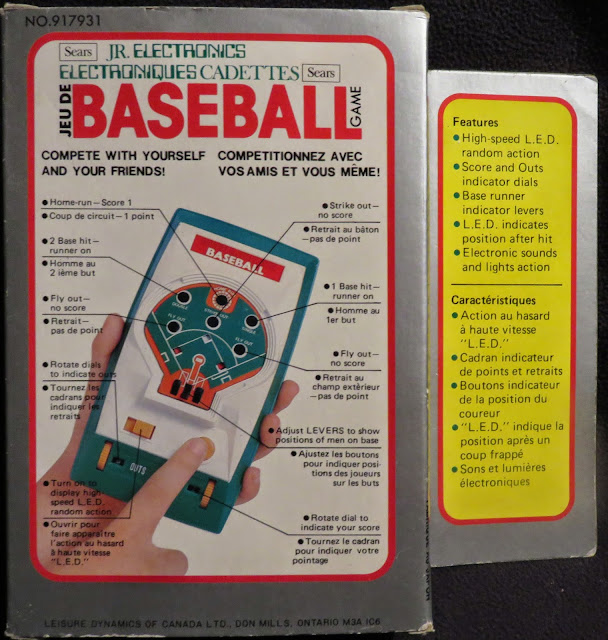 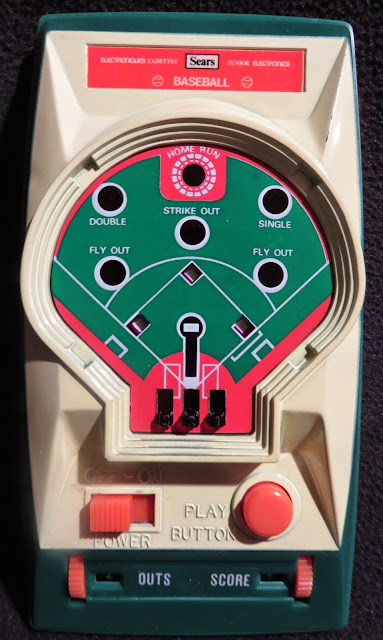 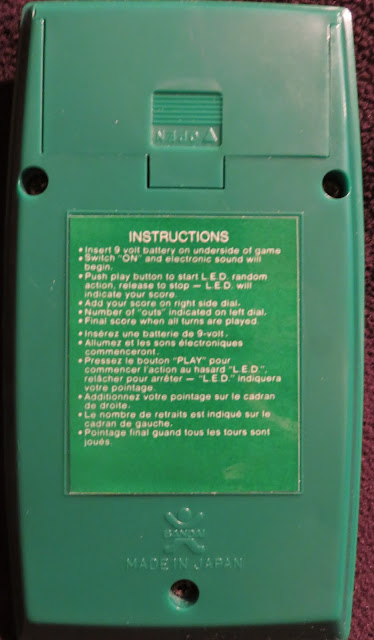 Email ThisBlogThis!Share to TwitterShare to FacebookShare to Pinterest
Labels: Sears


The Entex Electronic Baseball game started it all for me. As a young baseball fan, I played Little League, collected baseball cards, engaged in an epic backyard Wiffle Ball league (where we actually kept stats) and hustled home after school to catch my favorite Cubs players like Bill Buckner and Dave Kingman on WGN.

In the Chicago winter, however, there was no baseball. At least not until Santa Claus deposited this beauty under the tree.  Seriously, how sexy is this game? It's a stadium that can be held in your hand!  No TV set is needed to play!

Either playing alone or with my brother or friend or cousin, this game and its emerald green playing field brought baseball to the dark days of winter. This game even had a separate controller that allowed the pitcher to choose from 5 pitches, including a knuckler. It was played in the dark, well after I should have been sleeping.  It was played on car rides, with incessant bleeps and bloops driving my parents to the point of threatening to throw it out the window.

It also caused an argument or two about who was winning because, for all of its astonishing technology, it did not keep track of total scores, only the number of runs in a given half-inning. But boy it feel awesome to hit a home run and make the game lights go crazy.