Notes:  The game is basically push-button operated, with doors that close and open to reveal the play results on little tumblers.  This is the exact same game as Galoob's Mr. Baseball.

This game came with 4 plastic runners.  Smartly, the manufacturer incorporated a storage compartment into the back of the game to hold these runners.

The art on this box is awesome - there is a zombie-wearing-clown-paint pitcher with no eyes and a young Robert Redford with super hairy arms (and also wearing clown paint) making a terrific diving stab.

There are two versions of the game:

Version 1 was manufactured in Japan by Toybox.


Version 2 was manufactured in Hong Kong.  There is no manfacturer's mark on the game. 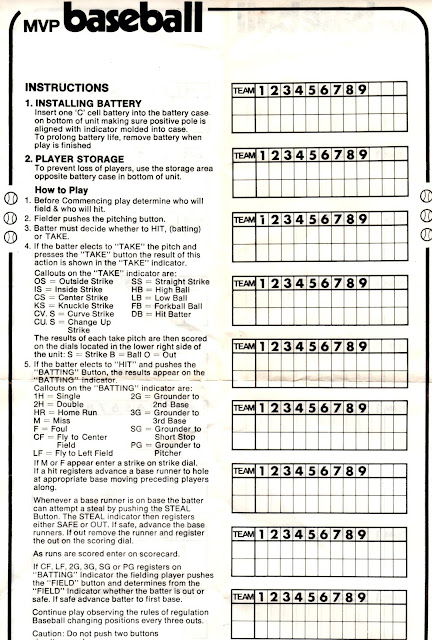 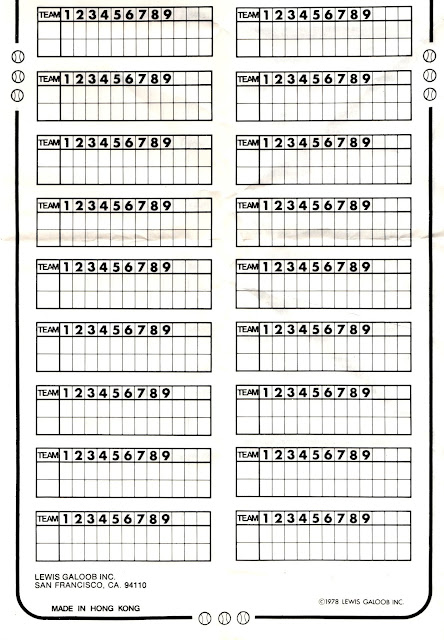 Email ThisBlogThis!Share to TwitterShare to FacebookShare to Pinterest
Labels: Galoob