Notes:  This is the most sophisticated electronic baseball game ever made and was a favorite of mine as a young teenager.  Due to the level of sophistication, however, it was sometimes difficult to find someone to play against who had the patience to learn how to set up the lineups and play a full game.

The game has pre-installed lineups for American and National League All-Stars and can be played without any cartridges.  A Hall of Fame cartridge was also packaged with the game, however, so right out of the box a game could be played pitting Don Mattingly, Wade Boggs, Kirby Puckett and the American League All-Stars against Babe Ruth, Honus Wagner, Walter Johnson and the Hall of Fame team.  Sorry, but the cantankerous Ty Cobb is was not included.

The game included a set of baseball cards featuring each of the players on the American and National League teams that contained a photo on the front and statistics on the back.  The cards are an odd size (2 5/8"x 3"), however, and are almost too wide to fit in a baseball card album page.  None of the cards carry the team logos.

Here is a checklist of the cards included with the game.  They are not numbered in the traditional sense and only have a "Player Number" that corresponds to programming the lineup to include that particular player.  Player Number - (  ) and * means player is in starting lineup.

The lineups of each of the 26 Major League Baseball teams at the time were also available on 8 cartridges:

Each of the team cartridges also included baseball cards of all featured players on that team.  These cards are the same odd size as those included with the game unit; however, the team set cards feature paintings of the players on the front, not photographs.

The cards included with the game cartridges are somewhat representative of each of the teams but the fact checkers for this game made some obvious mistakes!  Several players appear on cards for two different teams.  One of those players, Lee Smith, is actually included in the Cubs team set with Calvin Schiraldi - one of the players he was traded for!  And they spelled Billy Ripken's last name wrong, even though he was listed alphabetically right next to his brother, Cal, whose name was spelled correctly.

Here are players who appear on cards for two different teams:

These cards are somewhat difficult to come by.  In fact, Tim Stoddard, asked what the heck this card was when he signed it.  He said that in the thousands of autographs he has signed, he had never seen this one before! 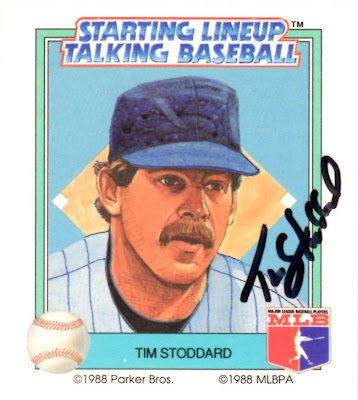 Once the teams are set up - the game is played much like so many of the typical LED baseball games in which the pitch is represented by blinking lights and the batter has to time the pitch.  Once the "Swing" button is pressed, the announcer will say the outcome of the pitch and the crowd will cheer for hits.

The top of the box features a great picture of a father and son playing the game.  I can just imagine his dad was thrilled to get home from work and have to sit down for an intense half-hour baseball game before he even got to take off his tie.  That is a good dad.

The game included flags and light standards that could be inserted to make the stadium that much more realistic.  Not surprisingly, these items are often missing from the games nowadays.  Also included was a sheet of stickers to decorate the game.

I loved this game but the fact that second base is positioned incorrectly will always bother me.  The box features a number of players from the All-Star teams included in the game - can you name them all? 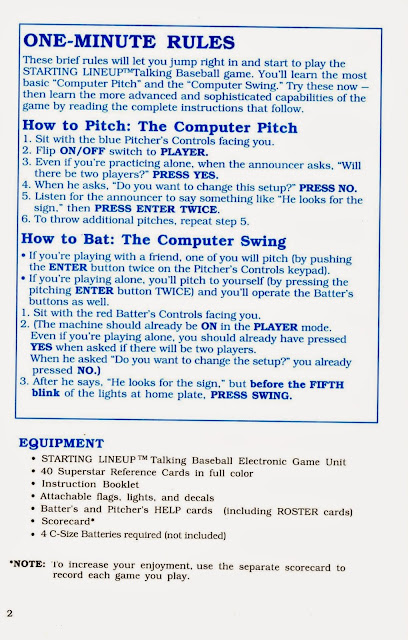 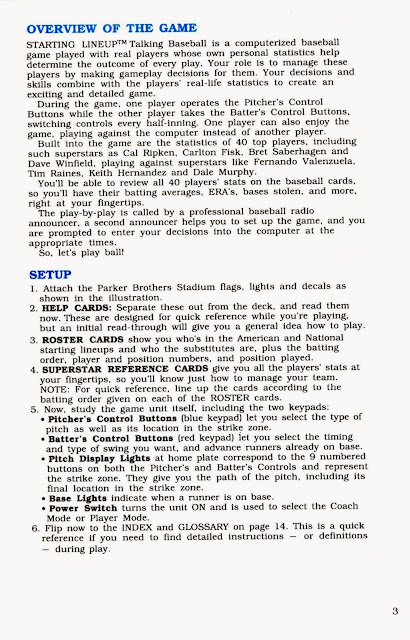 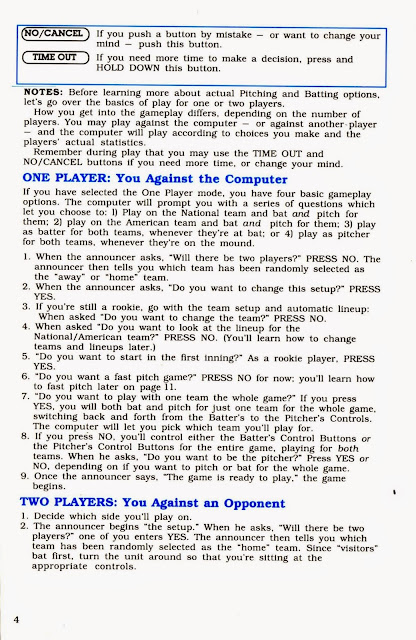 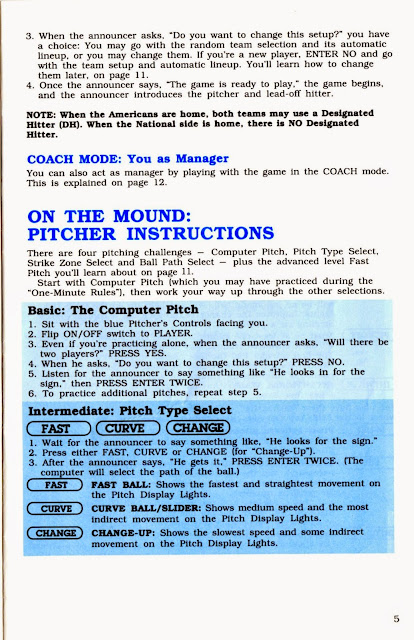 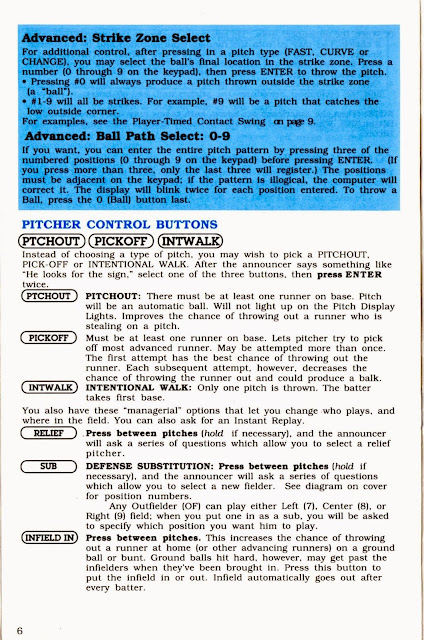 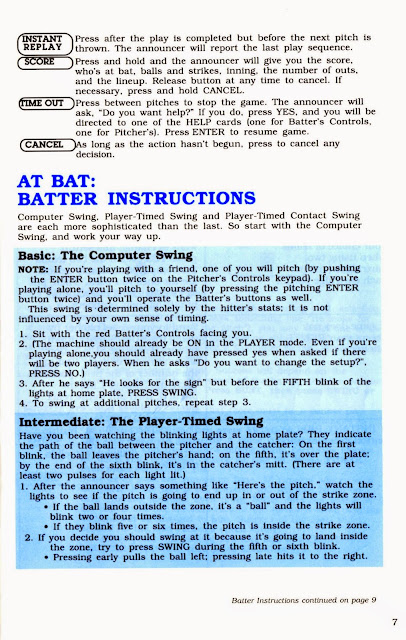 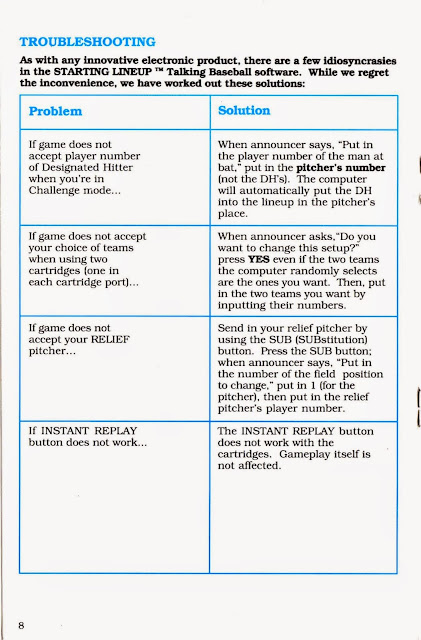 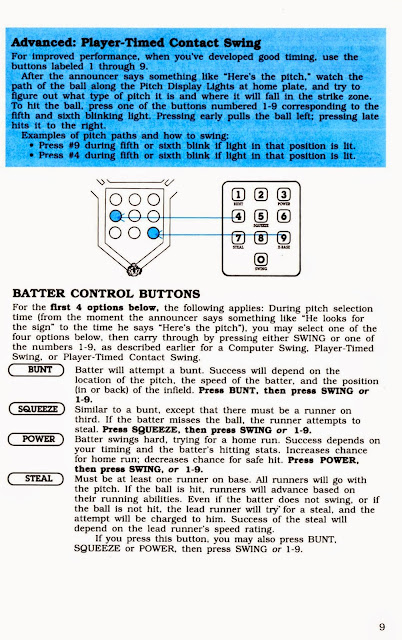 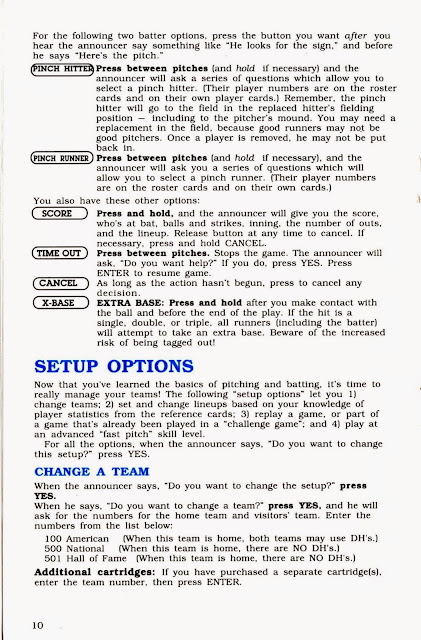 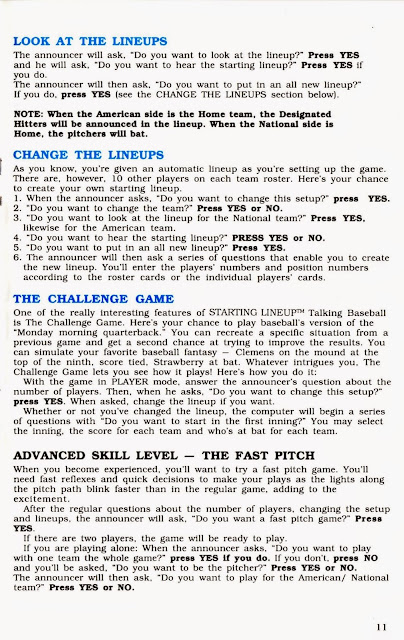 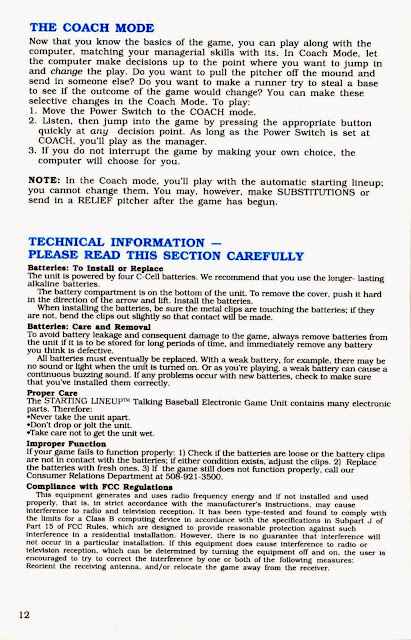 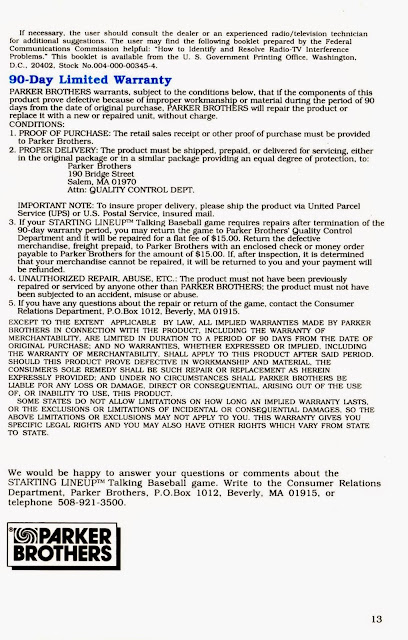 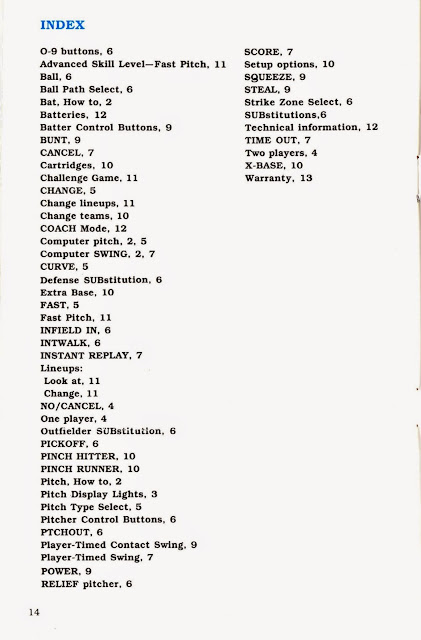 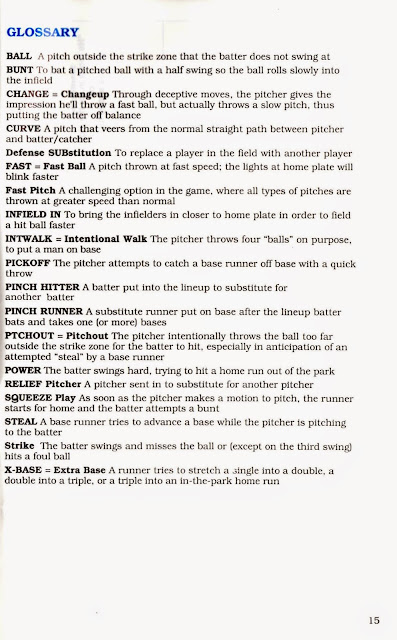 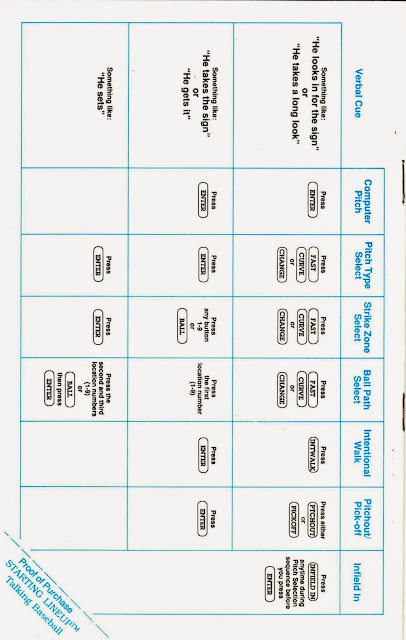